This is what helps separate us from the rest.

Testing sets us apart from other breeders!

We prelim OFA of OFA all of our breeding dogs and then OFA when they are 2 years of age.    What is OFA? It’s an XRay that your local vet takes and sends in to make sure the hips are certified “Excellent, Good, Fair, or Dysplastic”.  This is to help ensure that we are being careful and not breeding dogs together that might produce bad hips.  Although this occasionally can happen even with dogs with excellent hip ratings, we do our part to make sure that we are being responsible in our breeding practices by ensuring their testing.  That said we try to have all of our dogs certified Good or above and will provide this information upon request.

What Is Disease Testing?!

Here at Dawson’s  Labradors, we do a lot of testing on our Labradors to make sure we can give you the quality Labrador puppy you have been looking for. Your puppy deserves the best start in life he or she can have! We breed for health and calm temperaments and produce the most amazing puppies around!

We give a lifetime guarantee that your puppy will NEVER SUFFER from any of the following 7 diseases!

It is a general term for the group of diseases causing degeneration of the retina, leading to loss of vision. The form of this disorder in Labradors is prcd (Progressive Rod-Cone Degeneration). This leads first to the loss of night vision and then to complete blindness of the dog. The typical onset for this is between age 3 and 5 years of age.

Retinal folds can cause blindness in a dog if not corrected by surgery. OSD (OculoSkeletal Dysplasia) is a serious inherited syndrome that causes a severe condition in which the dogs show a variety of skeletal malformations, including shortened limbs (dwarfism), and blindness at an early age; the blindness results from a generalized malformation of the retina that causes a partial or full retinal detachment and cataracts.

It is a devastating genetic disorder causing the affected dog to suffer from loss of muscle control following extreme exercise. This disorder is caused by a mutation in the Dyamin 1 gene. Because EIC is a recessive disorder, a dog must have two copies of the mutation in order for the disease to manifest itself. Typically an affected dog begins to show symptoms between 5 months and 3 years of age.

Puppies are born apparently normal, however, it quickly becomes evident that there is a problem. The puppy will often not gain weight due to decreased muscle tone in the esophagus. By age 2 to 5 months the disease has usually progressed to display the full range of symptoms, including a loss of muscle tone and control, an awkward gait and extreme exercise intolerance. This condition gets worse in cold conditions. There is no cure for CNM, although the dog can live a normal life span, their muscle tissue will never develop properly.

is an inherited disease affecting the nose of Labrador Retrievers. Beginning around 6 to 12 months of age, affected dogs develop dry, rough, gray to brown crusts and rarely, painful cracks on the tip of the nose. In some cases, lesions are also present on the haired area around the nose. The noses of affected dogs are prone to superficial bacterial infections and often become depigmented over time. Affected dogs are otherwise healthy. Symptoms often wax and wane in severity over the dog’s life. Though manageable, this disorder requires continuous topical therapy to prevent the recurrence of excessive nasal crusting.

is an inherited Musculoskeletal disease affecting Labrador Retrievers. Affected dogs develop a mild form of “disproportionate dwarfism” consisting of short legs with normal body length and width. The leg bones are shorter, thicker, and slightly curved and the front legs are frequently more affected than rear legs. Joints and eyes are not typically affected by this disease. The height of affected dogs is variable, making a diagnosis based on physical characteristics alone challenging in some individuals. Mildly affected dogs from bloodlines known to produce large dogs may still fall within their breed standard for height. The causal Mutation shows Incomplete Penetrance meaning that not all dogs inheriting two copies (one from each parent) will display obvious physical characteristics of dwarfism

Drop us a line anytime, and one of our customer service reps will respond to you as soon as possible
Email 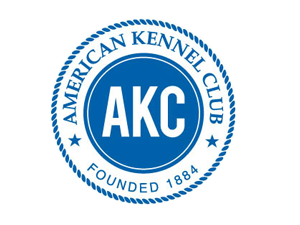